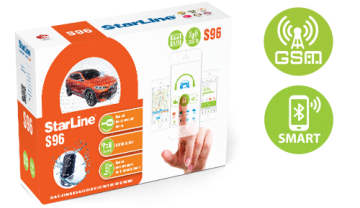 STARLINE - E9-V2 - YATELEY - HAMPSHIRE
StarLine's most advanced vehicle security system
The StarLine E9-V2 has a whole host of advanced functions & features designed to protect your vehicle in many ways.
Designed to integrate into the data-bus systems of modern vehicles, the E9-V2 is both easy to use & highly efficient at doing its job.
Vehicles with 'keyless-go' will benefit most from this type of security system, as it protects against keyless 'relay theft' & 'key cloning' attacks. These theft methods are very common on high end makes of car, such as Audi, BMW, & Range Rover, but also on sporty models like the Ford Focus ST/RS, the Fiesta ST & the Fiat 500 / Abarth 595.
With built in tilt, shock & vehicle-motion sensors the E9-V2 can detect any unlawful attempt at gaining entry to the vehicle. With its multiple layers of security, including extra engine immobilisation, the E9-V2 will make any thieves job much harder, while keeping operation simple for you, the driver.
The E9-V2 is supplied with two Bluetooth driver ID tags. If a thief were to unlock the vehicle & attempt to start it without a tag being present, the system will stay securely armed & prevent the vehicle from being driven away.
As much as the E9-V2 is designed with modern, data-bus controlled vehicles in mind, it is equally matched to being installed in any type of car, regardless of age. There are many Classic cars now protected by a StarLine security system.
As standard, the E9-V2 has the following features...
We can also add the following features on some vehicles / if the customer requires them...
The E9-V2 makes use of the following technologies to protect your vehicle...

[ ? ]
StarLine E9-V2 Advanced Smart Security System
Vehicle - StarLine E9-V2 Relay Theft, Key Clone, Ford, Audi, VW, Car Theft, Car Crime, Best Alarm
*VAT is included in advertised prices (unless stated otherwise). Price includes standard installation in our local area, but excludes additional parts that may be required (please contact us for a specific quotation for you and your vehicle). Although every effort is made to keep prices accurate they will be subject to change and availability.Please click on the individual product for pricing details.
Ask a question
Send Cancel