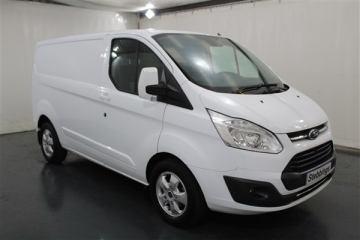 VAN SECURITY PACKAGES - FORD TRANSIT CUSTOM BRONZE LEVEL - YATELEY - HAMPSHIRE
This is our entry level security package for the Ford Transit Custom.
Included as standard, it has..
The biggest weak point on these Transit vans is the drivers door lock. As it is the one & only external lock on the van, it is the first thing a thief looks at when trying to break in.
The standard Ford lock is easily forced off without too much effort, even unlocking all of the other doors & turning off the factory security on some vans.
Our high security Replock prevents a thief from gaining entry via this point.
We have also seen many vans fall victim to an attack called 'peel & steal'. This type of break in is a lot more destructive, but still fairly straight forward for a thief to carry out on an otherwise unsecured van.
It literally involves pulling the door down, bending it in half, which sounds crazy, but it does happen. The side load door is especially vulnerable to this attack method.
This is where our Hook Deadlocks come into play. Even if the original Ford locks were to be bypassed, the doors will still be held firmly shut by the hook-shaped bolt linking the door to the frame (or slave door in the case of the rear barn door).
The hook shape of the lock means that just pulling the door outwards will not let the lock slip out of its 'keep'. This makes it very, very difficult to open the door when the Hook lock is engaged.
The next layer of security in this package is the alarm & immobiliser system.
If a thief were to still gain entry into the van by other means (cutting a hole in the roof or smashing a window are things we have seen many times before), then the alarm & immobiliser will kick in and make things very uncomfortable for the thief.
All of the doors & the bonnet are protected, so if they are opened the alarm will instantly trigger.
There is a dual stage shock sensor mounted in the cab area, so if an attack was focused on this area the alarm will respond too.
A dedicated motion sensor in the back of the van will detect any movement inside the load space, plus any disturbance in the door panels that could lead to a break-in.
If the thief were to try to drive the van away, the immobiliser will prevent the engine from being started.
As well as the standard 118db siren mounted under the bonnet, there is also a secondary 'Ear Bleeder' siren mounted in the load space. This second siren is very loud & very high pitched, making it impossible to stay in the back of van when it is screaming at you.
We can also add the following extras to further improve the level of security...
When it comes to securing your vehicle & its contents, it's all about adding layers of security.
The more you add, the better the odds that you won't be another victim.
In very simple terms, why would a thief target your van that has extra locks & an alarm system, when the 'other Transit van around the corner' doesn't have any extra security at all?
Don't be that 'other van around the corner'. Be the one that a thief doesn't even try to break into!
Ford - Transit - Custom (2013 - 2018)
Ford - Transit - Custom - (2018 On)

[ ? ]
Van Security Packages Ford Transit Custom Bronze Level Alarm, Immobiliser &amp; Locks Package
Van Security Packages Ford Transit Custom Bronze Level Ultimate, Security, Package, Alarm, Locks, Deadlocks, Replock, Van Security, Tool Theft
*VAT is included in advertised prices (unless stated otherwise). Price includes standard installation in our local area, but excludes additional parts that may be required (please contact us for a specific quotation for you and your vehicle). Although every effort is made to keep prices accurate they will be subject to change and availability.Please click on the individual product for pricing details.
Ask a question
Send Cancel